Mike and Sherri W. of Machesney Park, IL gave My-Pros a call when an existing roof leak caused the drywall in their kitchen ceiling to collapse. To stop the immediate water damage inside of the home, our team did an emergency tarping on top of the roof. Since this was a flat roof, it presented a unique challenge to keep the water out from under the tarp. Once the rain had stopped, we recommended a mitigation company to go out and dry the property before we could replace the roof. Once the home was completely dry, our crew got to work tearing off the existing roof. They replaced the rotten plywood as well as the chimney framing. Our team then installed a torch down two-ply modified bitumen roof. We then repaired the drywall inside of the kitchen as well as opening up the ceiling in the living room so that the homeowner could install a ceiling fan. This took our crew two days to tear off, replace the roof, and clean up. 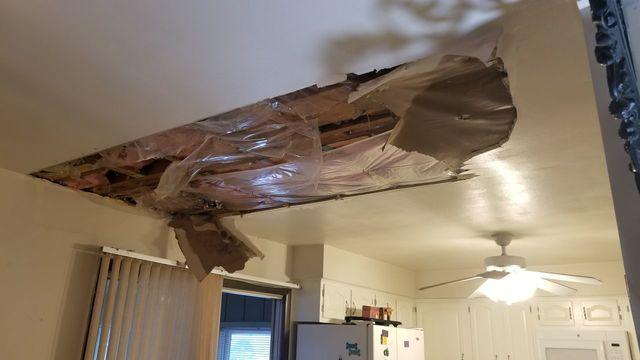 The leak in the roof caused their kitchen ceiling to collapse. 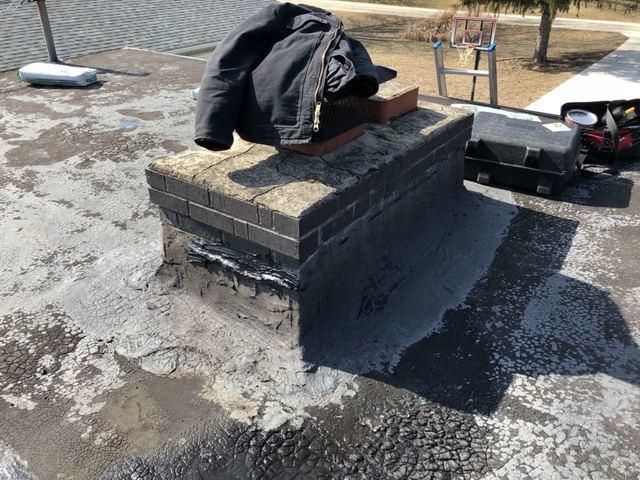 The chimney material needs to be replaced since the water is getting through. 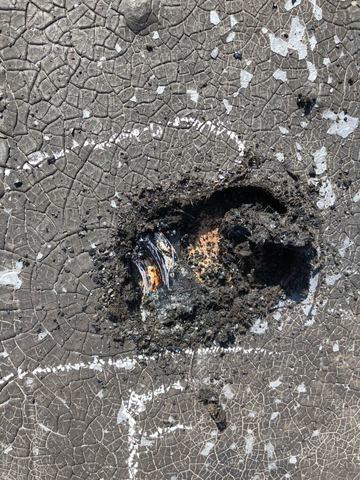 Damage to the existing roof allowed water to get into the home and damage the drywall. 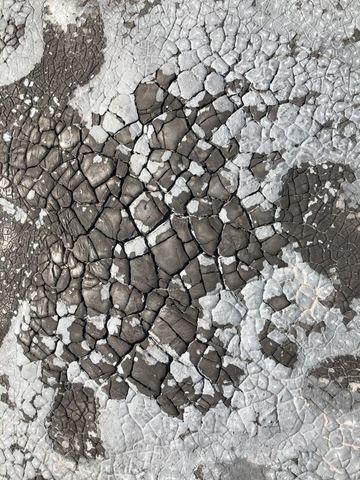 The damage to the roof was so severe that the entire roof needed to be replaced, not just patched. 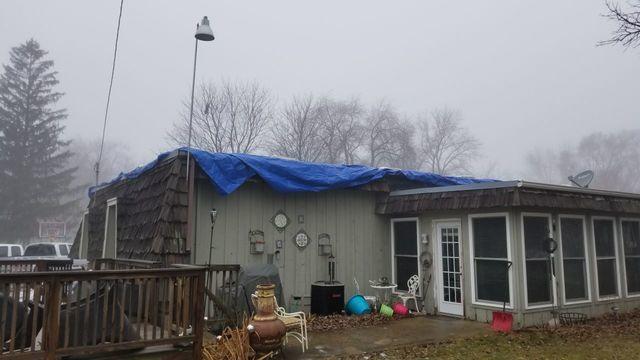 Since the weather was not in the favor of these homeowners, our crew quickly got a tarp installed on the roof to help mitigate the water. 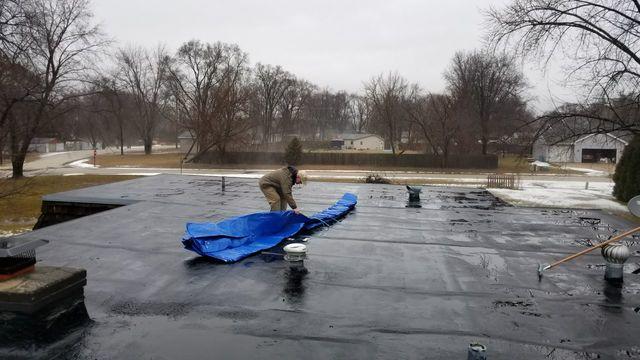 Installing a tarp on a flat roof presents a unique challenge for our crew, but it wsn't anything that they couldn't solve. 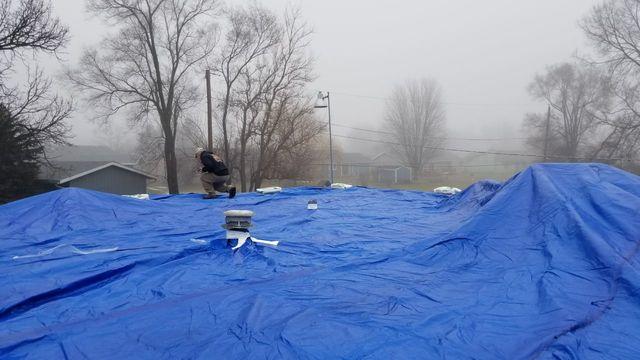 The tarp is installed on the roof until there is better weather for our crew to install Mike & Sherri's new roof. 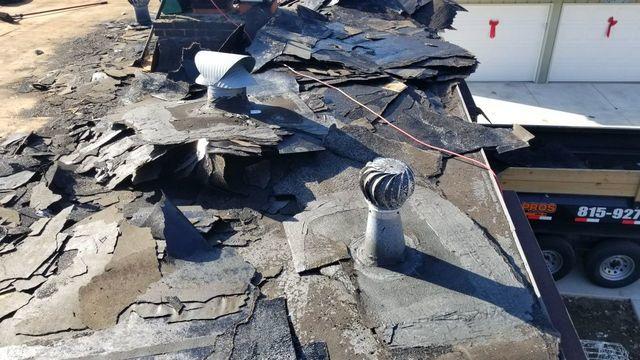 We removed the existing roof to expose the plywood. 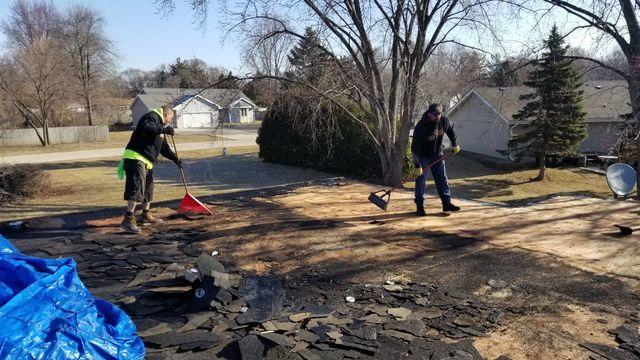 Removing and replacing this roof is a team effort. 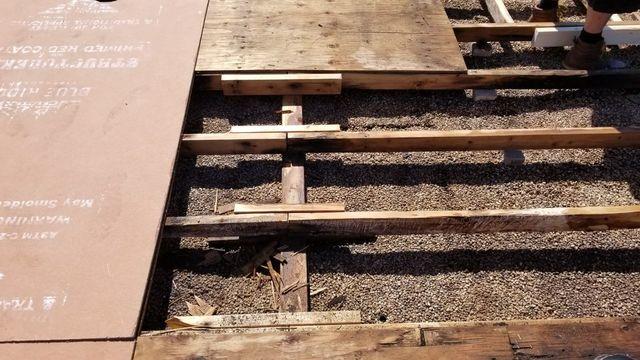 The water damaged plywood is removed so that new material can be installed. 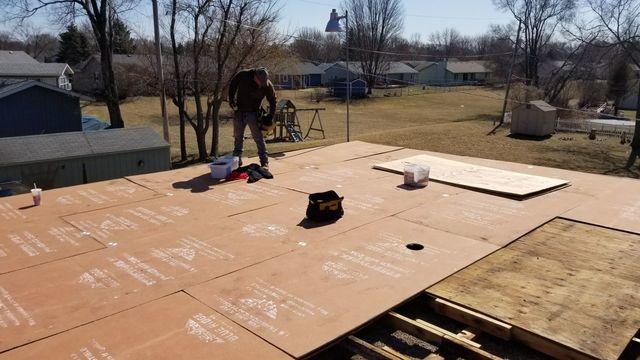 New plywood is laid that will help protect the home. 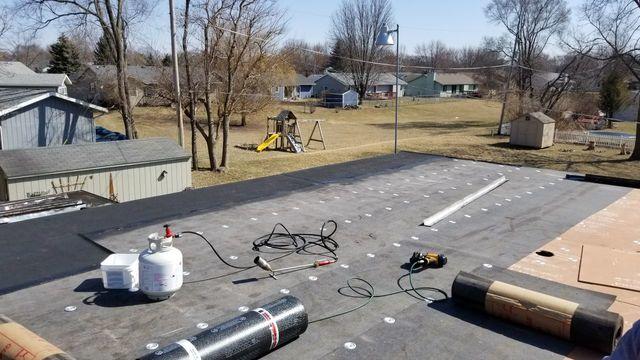 The team is rolling out the new torch down two-ply modified bitumen roofing material. 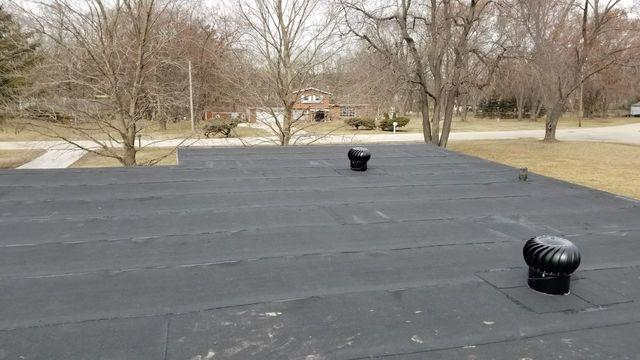 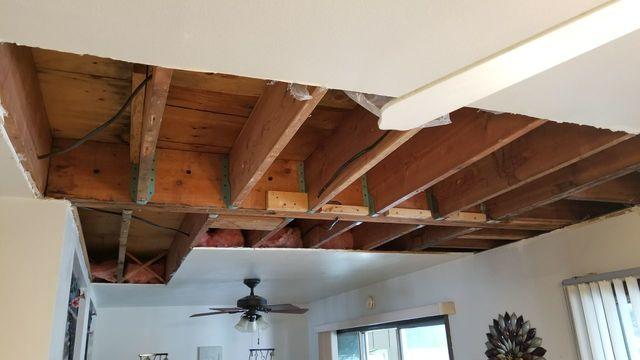 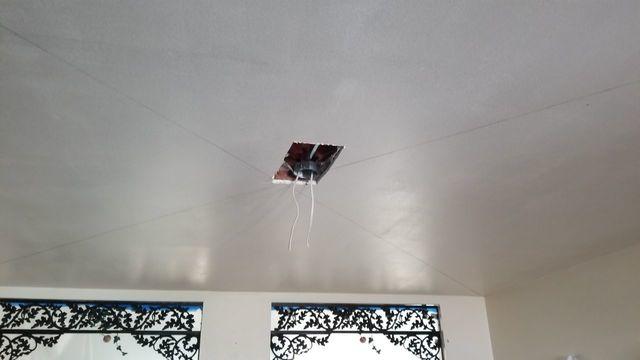 Additionally, our crew helped these homeowners by opening the living room ceiling so they can install a ceiling fan and make the best out of the unfortunate situation of their collapsed roof.