After a severe hail storm tore through the Northern Illinois region, Josh and Erika H. of Machesney Park, IL suspected that their roof might have received significant hail damage. Not wanting to take any chances, they called My-Pros to come and inspect their roof and soon realized they had made the right decision.

Upon initial inspection, it quickly became apparent that Josh and Erika were in desperate need of a complete roof replacement. Multiple dents left from hail covered the surface of the shingles. If left untreated, such damage would have likely led to water sneaking into those vulnerable areas and potentially leaking into their home. We also found dents left from hail on Josh and Erika's gutters, which could have compromised the effectiveness of their gutter system had they been ignored.

Besides the storm damage, Josh and Erika's roof also displayed visible signs of negligence on the part of their former contractor. To save a few bucks on the job, this contractor had installed a 25-year 3-tab ridge cap, which would not have been as much of a problem had the rest of the shingles also been the same type of 3-tab shingle. Instead, they were architectural shingles in a slightly different color than the ridge cap. So not only did this incongruous ridge cap look slightly off on their roof, but it also didn't provide as much damage protection as the rest of the shingles. Obviously, this was not ideal.

To top it all off, Josh and Erika's former contractor had also left nails exposed that weren't properly caulked or sealed. It was only a matter of time before rainwater would begin leaking into the cracks around these nails and wreaking havoc on Josh and Erika's home. We had to do something about all of these issues.

One of the best decisions Josh and Erika made was to hire My-Pros before having an insurance adjuster come and inspect their home. This way we could be there to make sure that the inspector was aware of everything in need of coverage. We showed the adjuster all evidence of hail damage, including the dents on the shingles and gutters, and were able to get Josh and Erika the full insurance coverage they deserved.

We then sprung into action tearing off the old roof and putting in the new. One unique challenge Josh and Erika's home presented to our workers was the abundance of beautiful landscaping all around the outside of the property. To avoid harming any of their vibrant greenery, we put tarps down all around the home to catch any falling debris. Once we finished the job, we took away the tarps, disposed of the waste, and went around the property looking for anything we might have missed. In the end, no plants were damaged, and we removed all debris.

Josh and Erika's new roof looks stunning with its CertainTeed Landmark Heather Blend shingles. We righted the wrongs of their previous contractor by putting in a ridge cap that matches the rest of the shingles in both color and type while also properly caulking and sealing all exposed nails. As always, we installed each shingle with six nails to provide maximum wind protection as well as brand new underlayment, ice and water shield, and flashing to provide full leak protection. New dent-free seamless gutters and downspouts are the icing on the cake.

Much to our delight, Josh and Erika are very happy with their brand new roof. It's always a pleasure to be able to save such fantastic homeowners from having to deal with the harsh consequences of a roof damaged by hail. It's one of the main reasons why we do what we do. 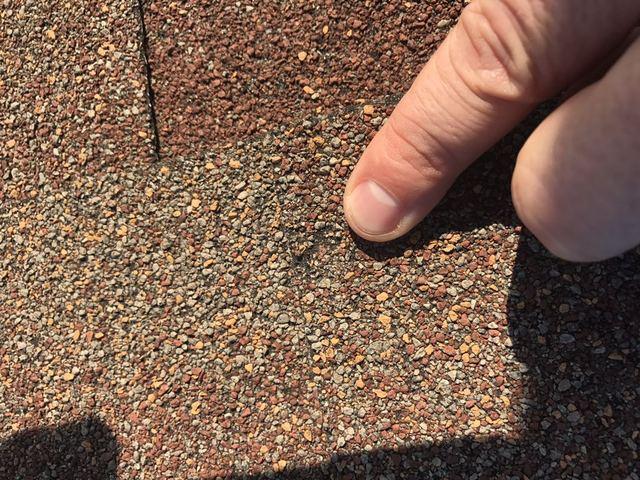 This is one example of the many dents left from hail found on the roof. 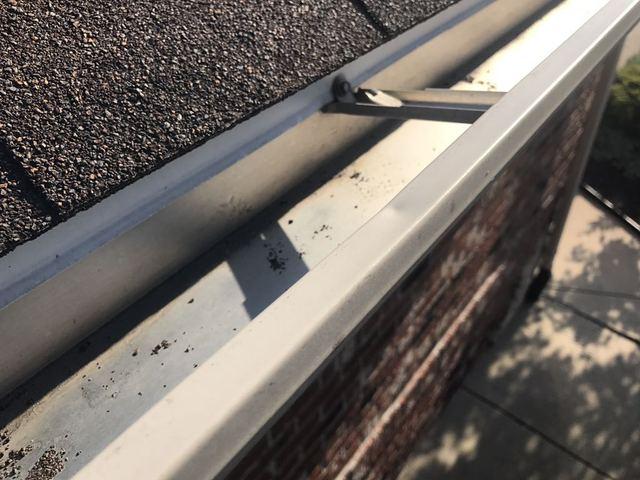 Hail dents were also found on the gutters. 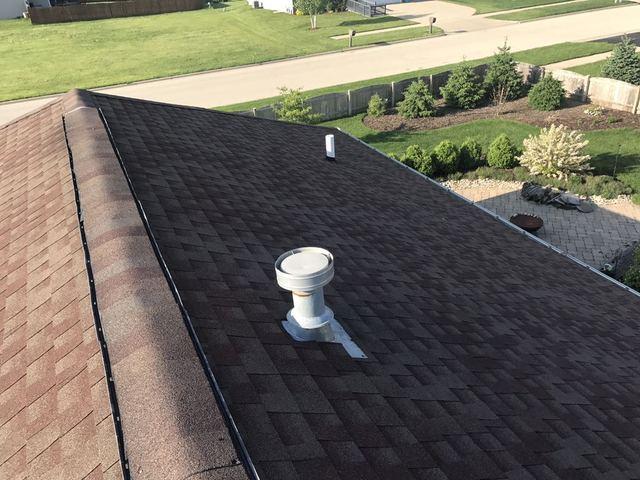 The 3-tab ridge cap was a slightly different color than the architectural shingles around it. 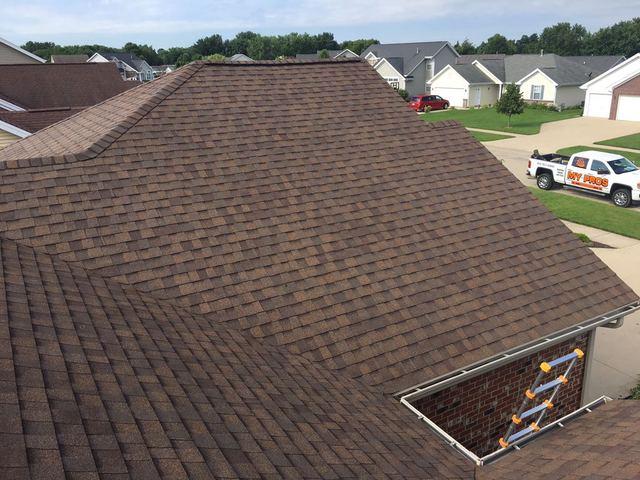 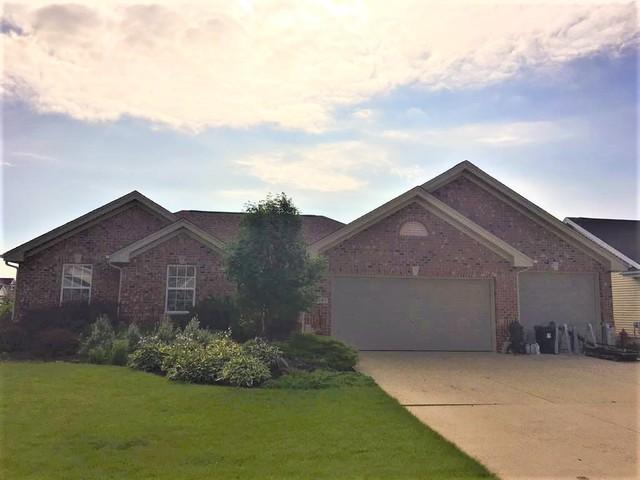 The roof looks good as new, and the landscaping was unharmed!

Back to Previous Page
Back to Case Studies